*Advisory services offered by Advisors in the Anchorage location are solely offered through Commonwealth Financial Network, a Registered Investment Adviser 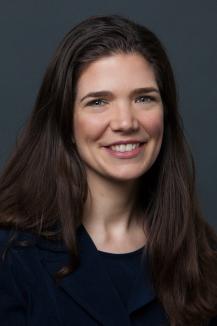 Avi had an unusual start to life, living her first six years in Kibbutz Degania at the south end of the Sea of Galilee in Israel. From there, she moved to Anchorage, Alaska, where she has lived ever since, except for a brief stint in Wilsonville, Oregon. Before joining her father, Neal Martin, at MetLife in 2010, Avi earned a degree at the University of Alaska Anchorage and then worked in several positions that built her skills in communication and building caring relationships, including running her own daycare, working in a pediatric office, and serving as the activities director at an assisted living facility.

She first worked for Neal at MetLife as a client relationship manager, but soon began assisting him with financial planning, and then became a financial planner herself. The two of them continue to work as a team with most of their clients now. She joined Pillar Financial Group in 2015 and has been happy with the sense of community she has found here.

Avi and her husband, Westen, have two children: Scott and Kate. Scott is 25 and is currently exploring farming education opportunities, and Kate is 15. As a tenth grader, she is active in Girl Scouts and has started her own Etsy business, "Tiny Fluffy Things", selling tiny, fluffy stuffed animals. in 2018 Avi and Kate went to Japan for a week on a Girl Scout Council trip. Westen is a website developer and systems analyst for the Federal Aviation Agency. Westen, Scott, and Kate all practice Shoshin Ryu, a Japanese-based system of martial arts. Westen and Avi were high school sweethearts and met when both were members of the Anchorage Youth Symphony. Avi continues to play the violin in the Society of Strings Community Orchestra. 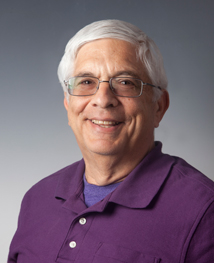 Neal’s office has been in his home in Republic, a very small town in northeastern Washington, for the last two years. Neal and his daughter, Avi, work jointly with most of their clients, with Avi doing most of the financial planning and Neal doing most of the investment management. Like Avi, Neal joined Pillar Financial Group in 2015, after a 22-year career at MetLife and a 9-year career at Mutual of New York (MONY).

Neal was raised in Syracuse, New York, and graduated from American University in Washington, DC, with a degree in elementary education. After college, he joined his parents in Israel, where he completed a second degree in dairy science and lived on Kibbutz Degania for 11 years with his wife and children.

The family moved to Anchorage to be near his wife’s family, and Neal’s first job was at the Anchorage Daily News, overseeing paper carriers. He quickly moved to MONY, and then to MetLife, where he was the branch manager for all of Alaska for many years. He embraced investment and financial planning as Met moved from being an insurance company to being a financial advisory firm, and served as an advisor to the firm during that transition.

Along the way he completed studies at the Viktor Frankl Institute of Logotherapy and is certified as an academic associate in logotherapy. Viktor Frankl was a German psychiatrist who survived four concentration camps in World War II. After the war, he developed logotherapy, a type of therapy that focuses on how people search for meaning in their lives, and wrote his classic textbook, Man’s Search for Meaning. Neal uses logotherapy every day in his financial planning practice.

Neal is a Silver Life Master in bridge, and he’s an excellent chess player. He has online bridge and chess games going at all times. He also plays the Native American flute, which is how he met his wife, Liu Hsiu, who also plays the flute and many other instruments. Like many of his clients, Neal’s children have scattered. He has three daughters: Avi, who lives in Anchorage and works with him; Yael, who also lives in Anchorage; and Talya, who lives in Portland, Oregon. His son, David, lives in Minnesota.